Memory Hall is exactly that: A hall of memories spanning almost 138 years. It has known and embraced the thousands of boys who have sang there, eaten and
performed there, received accolades, prayed prayers, played games and even abseiled from it’s balcony.
Last week on Friday, we hosted our Class of 2022 Grade 7s at what is traditionally known as Feast.
Memory Hall is decorated in Prep’s 4 House colours: Fairlawn green, Griffin yellow, Lions blue and Tigers red.
The boys and their parents sit at their House table to enjoy a sumptuous feast, which, this year at least, was heavily influenced by the boys’ choice of menu.
Upon entering Memory Hall, the Name Board displays the carved names of each Grade 7 who will leave their indelible mark on Prep.
The idea was born when Bollai, Prep’s first Headmaster and fourth Head, erected a board in the old playroom behind Tigers on to which boys, who he reckoned were deserving of the honour, might carve their names. The boards now line the walls in “The Triangle” behind the Grade 7 classrooms. Today, every pupil who finishes his Grade 7 year at Prep carves his name onto a board and these boards stand as a proud part of the school’s heritage.
At each boy’s seat is a Prep Leaver’s Certificate and an Old Prep Tie, which is typically put on by the boy’s attending parent or guardian.
The boys sang a poignant song about living a life they will be proud to remember. Happy chatter and clinking of glasses toasted the boys, their parents and the School and staff for providing the environment and tools for the boys to flourish in their time with us.
We bid them a fond farewell and look forward to following their progress and seeing them back in Memory Hall in their Matric year for Old Prep Supper! 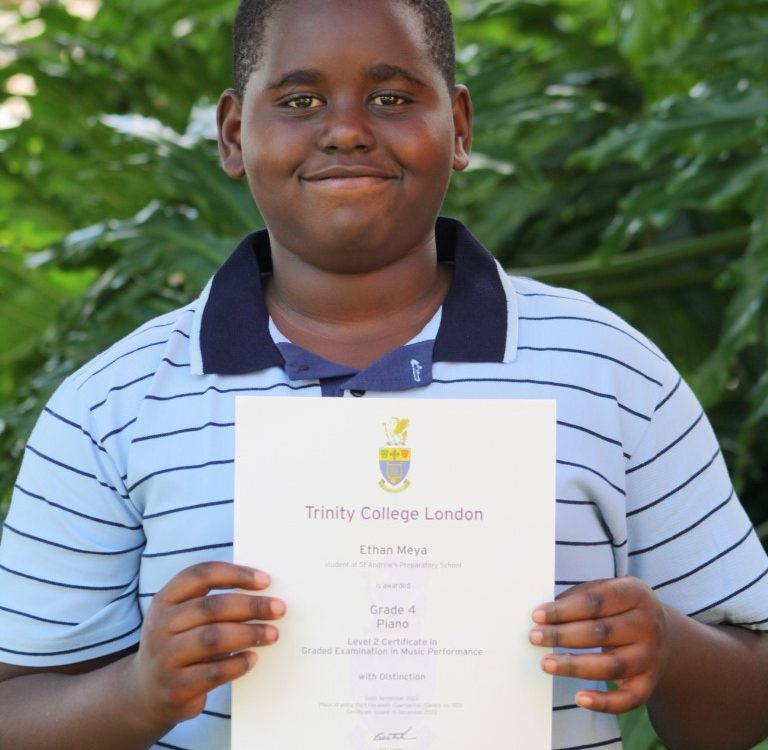